Typhoons of change in Puerto Rico

Ground-floor opportunities and tax incentives await investors in a U.S. territory whose best years are still to come

September 2017 wrote one of the most dramatic and important chapters in Puerto Rico’s modern history. The widespread destruction caused by hurricanes Irma and Maria negatively affected an already beleaguered economy mired in an 11 year recessionary period. Almost paradoxically, however, these catastrophic events could very well represent a positive and significant turning point on the path to economic recovery that the island desperately needs.

In 2016, as required by the Puerto Rico Oversight, Management, and Economic Stability Act (PROMESA), the U.S. Congress appointed a Financial Oversight and Management Board of Puerto Rico (FOMB) to address the commonwealth’s public finances and to ensure Puerto Rico restores its credibility in the credit markets after being in default for the first time ever in the repayment of its public debt. As part of its oversight prerogatives, FOMB requested the government file its fiscal plan for review and approval, with 2017 being the first time FOMB approved a fiscal plan submitted by Puerto Rico’s governor.

"The influx of relief capital cannot lift the economy by itself. Adequate investment conditions must be provided to ensure continuous growth and the creation of new capital by both local and foreign investors."

In March 2018, a second fiscal plan was submitted for approval considering, among other things, the consequences of the storms and their implications for the Puerto Rican economy. A main component of the 2018 fiscal plan’s financial forecast — and a significant change from the 2017 fiscal plan — is the disaster-relief assistance expected in the coming years to help rebuild the infrastructure and provide the foundation for economic renewal. Prior to the hurricanes, Puerto Rico’s public infrastructure was in dire straits and, with no access to credit markets, it was quite difficult to foresee a renovation.

The disaster assistance, together with the close monitoring by FOMB, is certainly a step in the right direction for Puerto Rico’s restoration. To that end, although the government of Puerto Rico requested $94 billion in Federal Disaster Assistance in November 2017 the fiscal plan only considers $49 billion, as required by the conservative guidelines of the FOMB. Furthermore, a $21 billion injection is expected from private insurance companies, equating to an influx of about $70 billion that was not available prior to the hurricanes. The U.S. Congress already approved $5 billion of liquidity funds for Puerto Rico and the U.S. Virgin Islands in the form of an advanced loan. To put these figures in perspective, Puerto Rico’s annual public budget is about $9 billion, and its total public debt stands at about $70 billion.

The aforementioned influx of relief capital cannot lift the economy by itself, however. Adequate investment conditions must be provided to ensure continuous growth and the creation of new capital by both local and foreign investors. And that is where tax incentives come into play. Historically, Puerto Rico has used tax incentives as a tool to assist in the economic development of the island. This is how Puerto Rico transformed from an agricultural economy to an industrial one in the 1940s and, as of late, to one with a strong finance and service industry with incentives for exportation of services, as well as international insurance and banking. When the many changes in the international economic arena are taken into consideration, one would be hard pressed to refute that these incentives are, and will continue to be, a necessary component to Puerto Rico’s recovery.

Take for example the much touted federal tax reform that was signed into law by President Trump Dec. 22, 2017. The Tax Cuts and Jobs Act is without a doubt the most dramatic tax change in the United States since the enactment of the actual federal tax code in 1986. Individuals and businesses in the United States now have new rules that include reduced tax rates, as well as fewer and different deductions, among other major changes. Nonetheless, the new international tax rules of the federal tax system have stirred the international scene because of their magnitude. We saw the intent to migrate from the traditional worldwide tax regime of the federal tax system to a semi-territorial regime — at least as it relates to foreign subsidiaries owned by U.S. corporations — by the expansion of the dividends received deduction, allowing U.S. parent companies to receive tax free dividends from their foreign subsidiaries (there is a transition tax to convert to this semi-territorial tax regime). However, there are new players in the federal tax law: the also called GILTI and BEAT. GILTI, which stands for “global intangible low-taxed income,” in summary inserts a new complex formula to tax intangible income in foreign jurisdictions that are highly profitable with low taxation. For its part, the base erosion and anti-abuse tax, or BEAT, is a new tax to be imposed on U.S. companies in regards to their transactions with related entities in the foreign arena.

Conscious of these impending changes, Puerto Rico’s public and private sectors engaged intensively in continuous lobbying efforts to insert some preferential treatment for Puerto Rico in comparison with the rest of the world. Though these efforts were unsuccessful the truth of the matter is Puerto Rico boasts a series of tax incentives that make it a prime location for careful tax planning. Specifically, Act 20 (exportation of services) and Act 22 (individual investors), for example, provide a series of advantages to those affected by the above mentioned international taxes because the key factor for the imposition of these is the presence of related entities in the United States and the foreign jurisdiction.

Acts 20 and 22 are focused on bringing new residents to Puerto Rico and transforming Puerto Rico into a service center hub. Puerto Rico still offers the interesting combination of individuals born there being U.S. citizens but entities created there are considered foreign for U.S. tax purposes. U.S. tax reform did not change this. The U.S. tax code still excludes federal taxation in regards to income from sources within Puerto Rico, for those who are Puerto Rico bona fide residents. One of the main attributes of Act 22 is the 100 percent exemption on capital gains (in addition to the exemption  on interest and dividend income), which has brought more than 1,000 new residents to Puerto Rico. Such advantage is still valid. On the other hand, the key requirement for Act 20 is that services be performed in Puerto Rico, thus being considered income from sources within Puerto Rico and out of the reach of federal taxation. Puerto Rico is still an important option because of its political relationship with the United States, currency, banking system, and even the protections that both the Puerto Rico and U.S. constitutions provide for residents and citizens.

"Puerto Rico is still an important option because of its political relationship with the United States, currency, banking system, and even the protections that both the Puerto Rico and U.S. constitutions provide for residents and citizens."

While both the hurricanes and the enactment of the U.S. Tax Cuts and Jobs Act could arguably spell adverse consequences for the island, Puerto Rico is in an excellent position to turn these into favorable outcomes and become stronger than ever before. 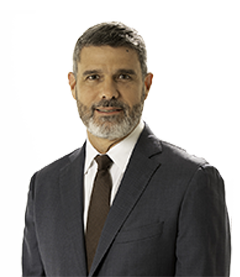