Op-Ed: Moved to or from Puerto Rico, what should you know?

Op-Ed: Moved to or from Puerto Rico, what should you know?

News is my Business

If during tax year 2020 you moved to or from Puerto Rico, you should know that there are several factors that determine whether the move will imply that you will become a resident or if you will no longer be a resident of Puerto Rico for tax purposes.

Residence and domicile, although these terms tend to be used as synonyms, they are not. The term residence could be where we live in a particular moment. Domicile involves not only being physically in a place but intending to reside there indefinitely.

Each jurisdiction has its own definition of residence and not all relates that definition to domicile. Depending on the tax laws of each jurisdiction, we could have individuals that will be considered residents of more than one jurisdiction. Domicile is only one.

We will limit our discussion to the implications of Puerto Rico’s law. However, if you moved to, or from Puerto Rico from a, or to a state in the United States, there could also be tax implications at federal and state levels.

If you leave Puerto Rico for a period with the intention of returning and continuing to be domiciled in Puerto Rico, you will still be a resident of Puerto Rico even for the period outside Puerto Rico.

There may be income items that, by their nature, must be reported in more than one jurisdiction.  The law provides a mechanism to avoid double taxation.  It is important to understand source of income rules to correctly report the items on each jurisdiction and claim the corresponding credit.  In addition, the deductions to which you will be entitled vary according to residence status and the income reported on each jurisdiction.

Therefore, these individuals are only taxed on their income generated from Puerto Rico sources which in most cases corresponds to wages received or payments received for professional services.

The number of tax returns and how you will be taxed will depend on each jurisdiction or country and varies on a case-by-case basis, so it is advisable to consult your CPA or trusted tax advisor that will be able to guide you appropriately.

News is my Business article 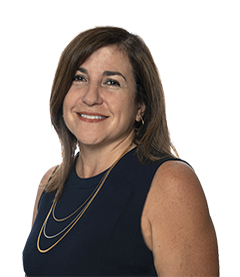