Comments on the proposed ASU were due on September 12. 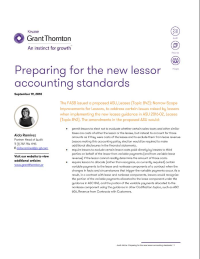